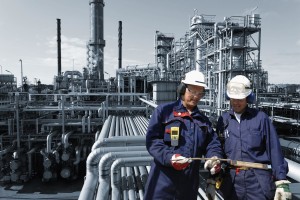 Oil workers may find a great deal of reward in their jobs, particularly financial award, but some of them merely endure the lifestyle of an oil worker and act out in their spare time. Addiction in particular is a very common struggle for an oil worker for a variety of reasons. The basics of why oil workers struggle with addiction are because of the stress of work, the excess of money and the lack of healthy recreation. The combinations of these things, especially through long winters in isolated work camps, makes for the perfect conditions for addiction to thrive.

The stress of work for oil workers can be quite serious. The jobs are basic trade jobs, but the expectations in oil work are very high. The workers are watched carefully for maximized job performance. The work schedule they are required to follow can be grueling. They are typically required to work a number of days on, as many as fourteen, then get an extended amount of time off, but the on hours are long and can feel never ending. This can badly burn oil workers out and make them turn to various addictions in order to self medicate.

The excess of money that oil workers have becomes a problem that increases the likelihood of addiction. Oil workers are paid very high salaries for the jobs they do because oil is such a lucrative commodity. The problem with this is, oil workers who are isolated to one location without much to do and a lot of money to burn tend to get into trouble. Their money readily starts going toward drugs, alcohol, sex and a number of other vices that keep them occupied and entertained.

And, as an extension of too much money as a problem, the lack of recreation in oil towns is extreme. Oil towns are boom towns, meaning they were thrown together in haste to support a fast rising industry and a major influx of workers. Recreation is often the last priority of boom towns, leaving oil workers to twiddle their thumbs and get into mischief that leads them toward addiction and substance abuse.